The Power of stories

Children all say to their parents at some stage, ‘Tell me a story’. Sometimes they want wild, fanciful and even scary stories; other times it will be about an almost forgotten, distant childhood kept alive by the retelling by their parents.

My mother, Jean, would have been ninety-nine today were she still alive. Sweet, outgoing and essentially humble, she always said that her life was ordinary. As a gift for her eightieth birthday, my brother met with her weekly and asked her about her life, recording the conversations. He transcribed these into a book with almost no editing and captured Mum’s extraordinary story: born and brought up in China and India, separated from her parents as a child and then when her parents were interned during the war, working with hundreds of orphans in Hong Kong – all before she turned 30! Her life was far from ordinary, and the captured story reads like a novel. Soon after that, she slid slowly into dementia.

Roy, my paternal grandfather, never told me his story. Like many who returned from World War 1, he kept its horrors to himself. After he died, I discovered from my father that Grandad played an important part in the war on the Western Front at Fromelles and was taken prisoner there. He did not come home to his wife of three weeks for three long, terrible years, but carried for the rest of his life the memories of what historians have sometimes called the worst twenty-four hours in Australian history.

True stories are powerful, perpetuated by the memory-keepers in families and brought out like a lost heirlooms from the attic for re-familiarisation. Sometimes the narratives morph and change over the years and siblings argue over the details. Their memories are shaped by their perspectives, their order of birth or intimacy with the narrator; perhaps even their own hopes and wishes play a part.

I am not as interested in the details of my ancestors in my family tree as some are, but I want to know their stories. What was it like to get on a boat with your family in England and sail for five months to ‘the colonies’? Adelaide, their destination, had only been established for three years and was disparagingly called Port Misery for its inconvenience, mud and mosquitos. The stories from that time pique my curiosity: what was it like for Susannah Teague from Cornwall to have 84 grandchildren from her two marriages? What did the little church in Burra think when she married William Cocks months after the death of her first husband, and then their two children married each other – all in a period of three months in 1852? Somehow they made homes and lives for themselves and launched an entire family tree that eventuated in my birth as an Australian.

In Belgium they have a library system where people can ‘borrow’ a person for half an hour and listen to their life story. It is extremely popular and taps into the connection we have with other humans and their life experiences. ‘Borrowers’ tell of going back over and over to hear more of a particular story, and the story-teller feels validated, sometimes for the first time.

Do we feel that our story validates us? Actually, we are living stories, and they need no validation.

Some years ago, I ran a series of weekend getaways with groups of six women from all walks of life and across a range of ages. The sole purpose was to listen to each other’s stories as a way of creating closer friendships and community. We rented comfortable accommodation in a scenic area, and each took along some prepared comfort food so that there was no shopping or cooking involved in the family-free adventure. Over the weekend, each person had two hours to share whatever they wanted to. We volunteered in turn when we felt ready, and the rules were simple. Everyone just listened – no interruptions, no questions, no comments and total confidentiality would be maintained. Silences were accepted, and the story could be as long or short as the narrator chose. We could start at the beginning of our life in an orderly fashion, or work backwards from the present. We could choose a highlight or a traumatic dark time and explore only that cameo. We could share hopes and dreams or unfulfilled plans. We could voice fears, perhaps for the first time, or regrets about watersheds and wrong choices; even the joys of everyday and mundane tasks took on new significance as they were woven into the narrative. Exploration of faith and belief, the big questions of life – especially the unanswered ones – were all aired without drawing either judgement or over-enthusiastic affirmation. Each story held its own power and was riveting.

Between the sessions we laughed and cried, hugged and drank hot chocolate, walked on the beach or slept off the exhaustion of pushing out the story. Some people needed space; others needed company. What we all gained was a new shared history that changed the way we connected. And we all agreed that no-one had ever listened to us in quite that way before. Simple stories had changed us.

Perhaps without realising it, my journey towards writing biographies began right then. 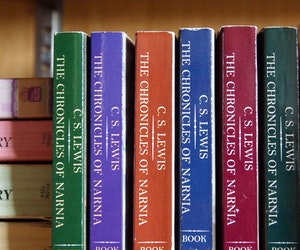